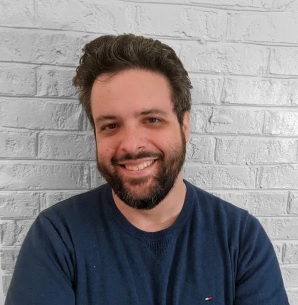 Dr. Ed Simon is the Executive Director of Belt Media Collaborative and the Editor-in-Chief for Belt Magazine, a contributing editor for the History News Network, and a staff writer at The Millions, which the New York Times has called the “indispensable literary site.” He is the author of several books, including An Alternative History of Pittsburgh from Belt Publishing and most recently Pandemonium: A Visual History of Demonology, a work of illustrated nonfiction released by Abrams. Currently he is working on a history of apocalypticism for MIT Press, and Elysium: An Illustrated History of Angelology from Abrams, as well as the short book Relic from Bloomsbury.

His essays have appeared in The Atlantic, The Paris Review Daily, The Washington Post, Newsweek, Poetry, McSweeney’s, Aeon, Jacobin, Salon, The New Republic and The New York Times among dozens of others, while his anonymous reviews appear in Publishers Weekly. 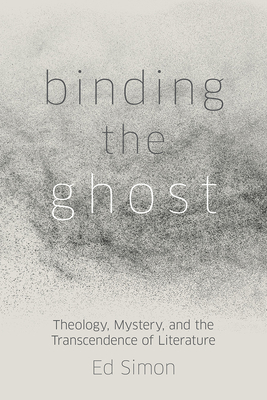 Originally a native of Pittsburgh, he has lived in New York City, Boston, Washington DC, and now his hometown again. He holds a PhD in English from Lehigh University and has taught as a college instructor for fifteen years, in disciplines including English literature and composition, journalism, rhetoric, religious studies, and political science, at institutions including Point Park University, Duquesne University, Lehigh University, Bentley University, American University, and Mt. Aloysius College. He is an instructor in the Seminary's Doctor of Ministry in Creative Writing and Public Theology cohort. Since 2022, he has been a proud member of the board for Autumn House Press, the indispensable and venerable Pittsburgh-based non-profit publisher of fiction, non-fiction, and especially poetry.

Purchase a copy of Binding the Ghost at Bookshop.org or Amazon.com

Most of the following books are not currently in the Barbour Library collection. The links below will take you to either Bookshop.org (which supports local bookstores), the author's online store, or Amazon.com, where you can purchase the book.

Gunn, Giles B. The Pragmatist Turn : Religion, the Enlightenment, and the Formation of American Literature. Charlottesville: University of Virginia Press, 2017.

Lake, Christina Bieber. Beyond the Story : American Literary Fiction and the Limits of Materialism. Notre Dame, IN: University of Notre Dame Press, 2019.

Books and Media in Barbour Library

Click on the links below to perform subject searches in the library catalog:

Mortimer, David P. 2002. “Apocalyptic Literature: The Use of Imagination to Apprehend Meaning and Hope in Difficult Times.” The Covenant Quarterly 60 (1): 16–33.

Ed Simon tells the story of Pittsburgh through this exploration of its hidden histories—the LA Review of Books calls it an “epic, atomic history of the Steel City.” Accessible and funny, An Alternative History of Pittsburgh is a must-read for anyone curious about this storied city, and for Pittsburghers who think they know it all too well.