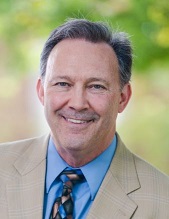 The Rev. Dr. Jerome Creach is the Robert C. Holland Professor of Old Testament. Before joining the faculty of Pittsburgh Seminary in 2000, he taught at Barton College (1994-2000), the College of William & Mary, Randolph-Macon College, and the Baptist Theological Seminary at Richmond. Creach earned his doctorate at Union Theological Seminary in Virginia (now Union Presbyterian Seminary). Prior to his study at Union, he earned his M.Div. and Th.M. (in systematic theology) at the Southern Baptist Theological Seminary. Creach is interested in Old Testament theology and the appropriation of the Bible to the life of the Church. Psalms and Prophets are his primary areas of research. He has published five books and numerous articles and reviews in journals for biblical studies. Creach’s publications include Discovering the Psalms (SPCK/Eerdmans, 2020), The Ten Commandments for Today (WJK, 2015), Violence in Scripture (WJK, 2013), The Destiny of the Righteous in the Psalms (Chalice, 2008), Joshua: Interpretation: A Bible Commentary for Teaching and Preaching (WJK, 2003), Psalms Interpretation Bible Studies (Geneva, 1999), and Yahweh as Refuge and the Editing of the Hebrew Psalter (Sheffield Academic Press, 1996). He also has one book about to be published: Reading the Psalms. A Minister of the Word and Sacrament in the Presbyterian Church (U.S.A.), Creach has served congregations in Virginia and North Carolina and preaches and teaches regularly in churches in the Pittsburgh area. He is married to Page L.D. Creach, also a minister in the Presbyterian Church (U.S.A.). They have two children, Adair and Davis. 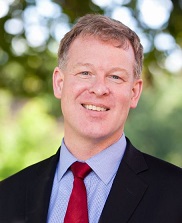 The Rev. Dr. Edwin Chr. van Driel occupies the Directors’ Bicentennial Chair in Theology at Pittsburgh Theological Seminary. He teaches mainly in Christology, ecclesiology, and the interaction between Biblical studies and theology. Van Driel is deeply invested in helping the church think about its existence and calling as it moves into an increasingly post-Christian world.

Van Driel is the author of Rethinking Paul: Protestant Theology and Pauline Exegesis (Cambridge University Press, 2021) and Incarnation Anyway: Arguments for Supralapsarian Christology (Oxford University Press, 2008). He also edited What Is Jesus Doing? Divine Agency in the Life of the Church and the Work of the Pastor (IVP Academic, 2019) and the T&T Clark Handbook of Election (forthcoming from Continuum). His work has been published in academic journals such as Modern Theology, The International Journal of Systematic Theology, Worship, and The Scottish Journal of Theology, but also in popular magazines such as Christian Century, Call to Worship, and The Presbyterian Outlook.

Van Driel’s main theological interests are in Christology, ecclesiology, and the interaction between biblical studies and theology. His first book dealt with the divine motivation for the incarnation: is it contingent upon sin, or does God have deeper motives to become human? Van Driel suggests the latter, arguing that in friendship and love God wants to come as close to creation as God can—by coming among us as a human being. His current book, Rethinking Paul, offers a theological reading of contemporary Pauline exegesis and tries to glean what Protestant theologians can learn from the New Perspective on Paul and an apocalyptic reading of the apostle.

Van Driel is an ordained Minister of Word and Sacrament in the Presbyterian Church (U.S.A.) and served on the church’s committee that produced the denomination’s new hymnal, Glory to God. He was the primary writer of the committee’s “Theological Vision Statement” and “A Statement on Language,” and also served on the Editorial Advisory Board of the Book of Common Worship. He is a member of the International Research Consortium, which researches missional congregations.

The articles below without links are not available in the Barbour Library journal collection - please check your local library for interlibrary loan services in order to obtain copies of these, or click on the link to access an article on the Internet.

Johnson, L. T. (2021, November 4). Luke Timothy Johnson wants us to read Paul in all his complexity. The Christian Century.

Campbell, D. A. (2016). Panoramic Lutheranism and apocalyptic ambivalence: an appreciative critique of N. T. Wright’s Paul and the faithfulness of God. Scottish Journal of Theology, 69(4), 453–473. 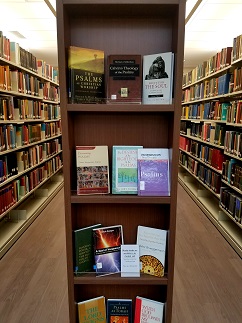 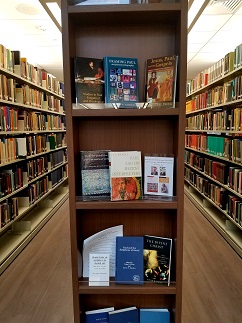 Below, you'll find a list of Barbour Library books that were used in a book display to complement Dr. Creach's and Dr. van Driel's Book Talk. Feel free to download it and use it to find more resources!