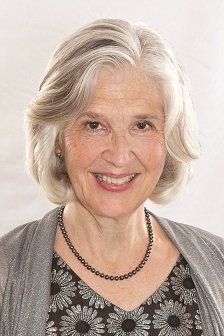 Dr. Edith M. Humphrey is the William F. Orr Professor Emerita of New Testament at Pittsburgh Theological Seminary, retiring in 2021. Prior to her service at PTS, she taught at several colleges and universities in Canada, and was professor of Scripture at Augustine College, Ottawa, Canada, from 1997-2002, where in her final year she served as dean. She earned her bachelor’s (with honors) from Victoria University (University of Toronto) and received her doctorate from McGill University, Montreal, where she was awarded the Governor General’s Gold Medal. The author of numerous articles on the literary and rhetorical study of the Bible, she has also written eight books: Further Up and Further In: Orthodox Conversations with C. S. Lewis on Scripture and Theology (St. Vladimir’s Press, 2017), Scripture and Tradition: What the Bible Really Says (Baker Academic, 2013); Grand Entrance: Worship on Earth as in Heaven (Brazos, 2010); And I Turned to See the Voice: The Rhetoric of Vision in the New Testament (Baker Academic, 2007); Ecstasy and Intimacy: When the Holy Spirit Meets the Human Spirit (Eerdmans, 2005); the Sheffield Guide to Joseph and Aseneth (Continuum/Sheffield, 2000); The Ladies and the Cities: Transformation and Apocalyptic Identity in Joseph and Aseneth, 4 Ezra, the Apocalypse and The Shepherd of Hermas (Sheffield, 1995); and Beyond the White Fence (Ancient Faith, 2021).

In her popular writing she has addressed such subjects as the Jesus Seminar, the Trinity, sexuality and the human person, music and theology, the authority of Scripture within the Great Tradition, and Christian spirituality. Humphrey is a also co-author, along with other members of the Primate’s Theological Commission (Anglican Church of Canada), of a series of theological workbooks for congregational use, titled Wrestling with God. She is currently working on two research projects: Mediation and The Immediate God and the reading of the Church fathers on justification language in St. Paul’s letters. An active member of the Orthodox Church (attending St. George’s Antiochian Church, Oakland), she retains strong ties with friends in various denominations, and is a well-known as a popular speaker at church retreats, ecumenical conferences, and seminary events. An accomplished musician who was the musical director and organist at St. George’s Anglican Church in Ottawa, she now helps with her parish choir and plays oboe in the North Pittsburgh Symphonic Band. She and her husband, Chris, have three grown daughters and 20 grandchildren.

Visit her blog at blogs.ancientfaith.com/alampfortoday.

Gerke, Jeff. The Art and Craft of Writing Christian Fiction: The Complete Guide to Finding Your Story, Honing Your Skills, and Glorifying God in Your Novel. Blue Ash, OH: Writer's Digest Books, 2014.

Kotar, Nicholas. The Song of the Sirin. Waystone Press, 2017.

The articles below without links are not available in the Barbour Library journal collection - please check your local library for interlibrary loan services in order to obtain copies of these.

Below, you'll find a list of Barbour Library books that were used in a book display to complement Dr. Humphrey's Book Talk. Feel free to download it and use it to find more resources!